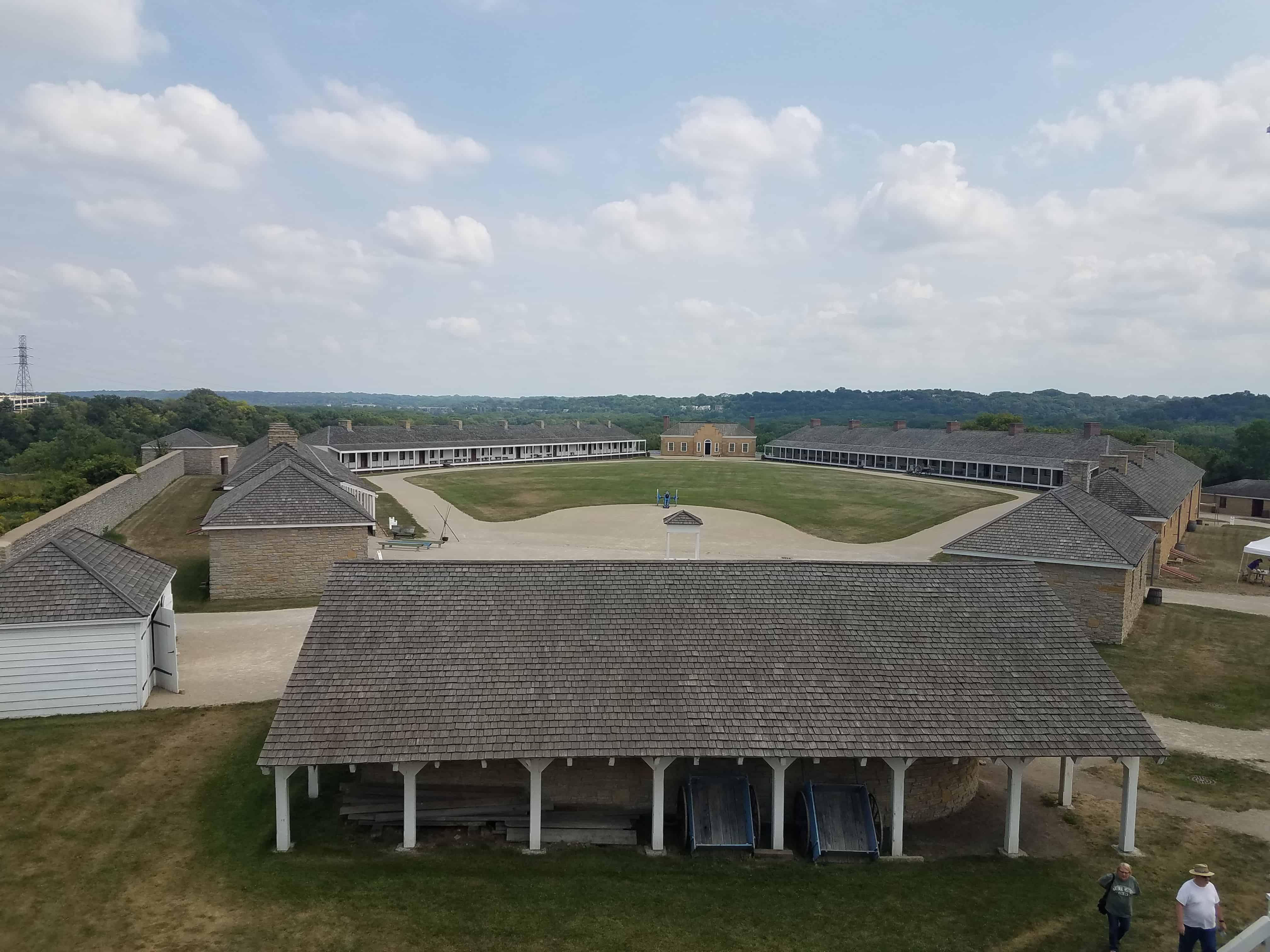 An Afternoon at Historic Fort Snelling in Minnesota

Our teenage son is a history buff. He was lucky enough to have a history teacher a couple years ago that really sparked that passion for him. Since we are making an effort to see more of our own backyard, and neither he nor I had ever explored Historic Fort Snelling at Bdote (the American Indian name for the area), about 30 minutes from our house, we thought it would be an interesting excursion. He declined to be photographed for the proceedings, but trust me, he was there. 🙂

We were not disappointed!

For more detailed information about Fort Snelling, check their website.

Fort Snelling is located right by Minneapolis-St. Paul (MSP) airport just over the Bloomington city line in St. Paul, Minnesota. For visitors to MSP with a little longer layover, it is an easy jaunt to Fort Snelling via Light Rail. But it’s also a great destination for anyone coming to the Twin Cities area.

Fort Snelling was built in the 1820s at the confluence of the Mississippi and Minnesota Rivers. Prior to the fort’s existence, the area was a sacred place for the Dakota and Ojibwe people. Unfortunately for the Dakota and Ojibwe, the white settlers found that the area was a prime location for a fort, with the ability to view traffic along the two rivers. 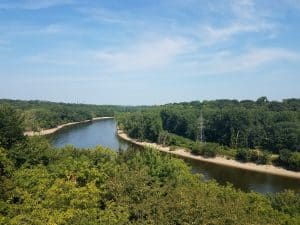 Confluence of the Mississippi and Minnesota Rivers, near Fort Snelling.

Sadly, we all know how this story ends. After the US-Dakota War of 1860 the American Indians were driven out. I will say that we thought the Minnesota Historical Society is doing a good job of reminding visitors of the American Indian legacy of the area and to honestly portray what happened to the Indian people at the site of the Fort. Staff are available to tell more about American Indian history in Minnesota and that area specifically, and an introductory video shown in the visitor center also did a good job of telling the story.

Things to Do at Fort Snelling

Fort Snelling found itself in the epicenter of two other very important pieces of American history: the enslavement of Dred Scott and the US Military Intelligence Language School relocation during World War II. See more on these significant eras at Fort Snelling below.

Visitors can participate in demonstrations and talks on various topics related to its history. Probably the most popular demonstration is when “soldiers” demonstrate the cannon and some of their marching and rifle shooting. 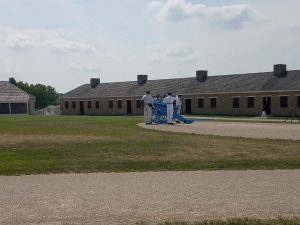 A reenactment of soldiers firing the cannon in the parade yard.

In 1946, after World War II ended, Fort Snelling was decommissioned by the US Military. Eventually, some of the Fort was reconstructed and preserved by the Minnesota Historical Society.

One of the dirty secrets I never learned growing up in the north, where slavery was supposed to be illegal, was that in the 1800’s it was still common practice at forts to keep slaves, including at Fort Snelling. Two of the more infamous slaves to pass through Fort Snelling were Dred Scott and his wife, Harriet. Both were enslaved by the Fort’s doctor as his personal servants. They lived at Fort Snelling for about four years. You can still see the room where it is fairly certain that they would have lived. 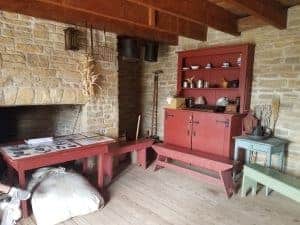 Because Dred Scott was enslaved in a territory where slavery was against the law, Scott pursued legal recourse to gain his freedom, as did many other slaves (successfully) during that time. However, after 11 years of litigation, the US Supreme Court ruled against Scott’s case. This ruling fueled the fires of division in the US even further, playing an important role in the start of the Civil War.

Read more about our experience re-enacting one of the Scott family’s court cases while at the Old Courthouse in downtown St. Louis.

The US Military Intelligence Language School

Fast forward to the 1940’s. On December 7, 1941, Japan attacked Pearl Harbor in Hawaii, officially bringing the US into World War II. In another low point in US history, Japanese Americans were forced out of their homes and into internment camps in the western US. Japanese Americans were also not allowed in the the states of Washington, Oregon, and California.

It was clear the US Military Intelligence needed to expand the number and ability of people trained in Japanese language and culture. But because Japanese people were not allowed in California, the military’s language school in Monterey, California had to be moved. The only volunteer to take the school was in Minnesota.

The US Military Intelligence Language School was temporarily housed at Camp Savage, a Civilian Conservation Corps camp in the town where I now live. However, Camp Savage outgrew its capacity to hold enough students, so the school was moved to Fort Snelling in 1944.

Most students at the language school were second generation Japanese Americans who had been held at internment camps. They demonstrated their loyalty to the US despite their internment experience. At the school students learned about three years worth of Japanese language and culture in a six-month period.

The US Military Intelligence Language School graduated over 6,000 linguists. The work of this school and its graduates has been credited with shortening WWII by two years and saving a million lives.

I have to say, I found our visit to Fort Snelling to be emotionally moving and historically fascinating. They did a good job of bringing the significance of historical events that happened there to life. I would definitely recommend this as a visit for anyone interested in history. 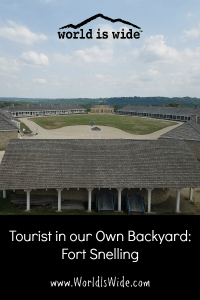 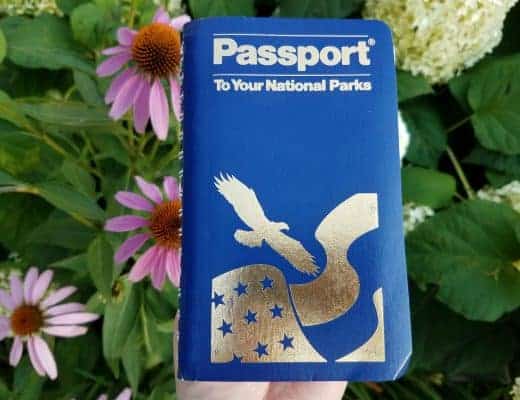 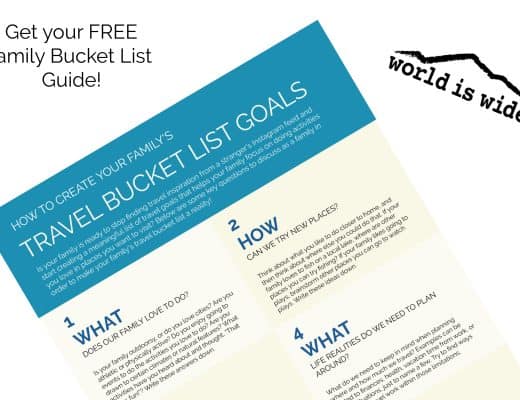 FREE Quick and Easy Guide: How to Create Your Family’s Travel Bucket List 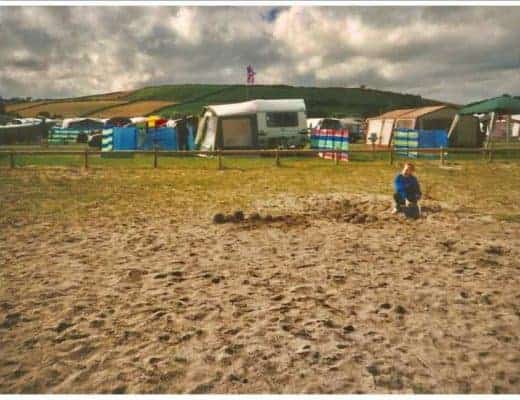 Childhood Family Travel Memories: Kylie from Between England and Iowa 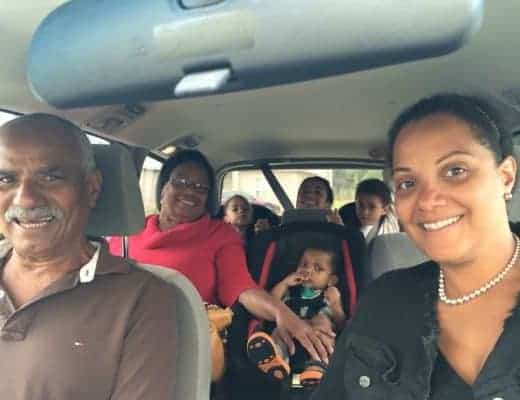 Childhood Family Travel Memories: Ruth from Have Kiddos Will Travel