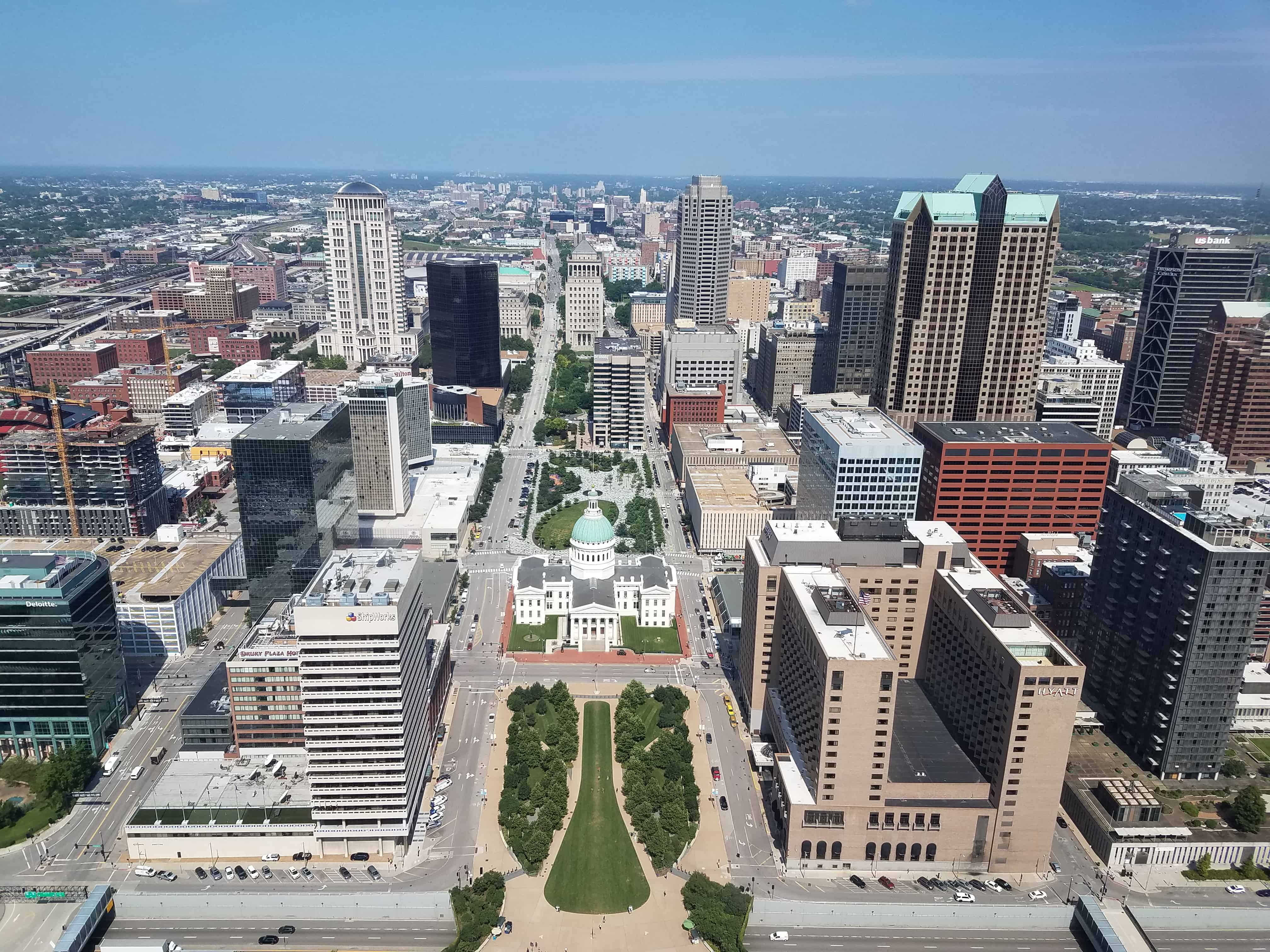 When a new family to our son’s Scout troop offered to host the troop and their families for a long weekend in the St. Louis area, where they still have a home, we jumped on the chance to explore! Julie, the matriarch of their family, put together a fantastic itinerary that included time in downtown St. Louis plus Cahokia Mounds, Alton and Springfield in Illinois. A full round-up of the entire trip is coming soon. It was a great itinerary packed with history, culture, and nature.

This post covers our awesome (but all-too-short) time in St. Louis. And what a great time it was! St Louis has a lovely downtown area, iconic landmarks, and played a significant role in US history. And they have a style of pizza all their own! 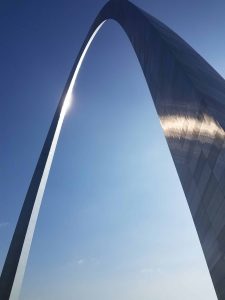 The Arch and The Old Courthouse in Downtown St Louis

Yay…more stamps in our National Park Passports!  Gateway Arch National Park is right along the Mississippi River in downtown St. Louis. The park also includes the Old Courthouse across the street, which was the site of one of the Dred and Harriet Scott trials (more on that below). Both are must-see visits when exploring in St Louis.

Well, you’ve seen it in pictures, but I can assure you that the Gateway Arch is truly a sight to behold in person. It’s a modern, mind-blowing homage to the city’s role as the Gateway to the West.

I had no idea the magnitude of information available at Gateway Arch National Park. There was an extensive museum about the history of the area and the building of the Arch. I will confess that our family did not get a chance to peruse the museum, but we were impressed with how beautiful and exhaustive it was. We also watched a movie that was fairly interesting about how the Arch was built. Most notable in that movie was the utter lack of safety equipment!

But of course, the hallmark experience at this park is going up to the top of Arch. My husband had been to the top as a kid, as he grew up about three hours away. I had seen it from a distance while in college, in St. Louis for a national forensics tournament, but did not get to the park or into the Arch. So the trip up to the top to view the city felt like a new experience for our family. Below you’ll see the door you have to go through to get into your lift. This door is only 4′ tall, so watch your head! 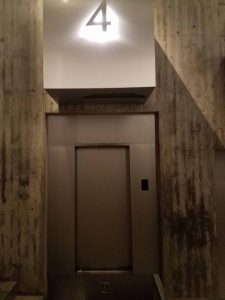 Door to the Gateway Arch lift

The lift itself runs on elevator, escalator, and ferris wheel technologies. And it’s teeny tiny, as you can see. There were five of us (plus a newborn) crammed into this lift. 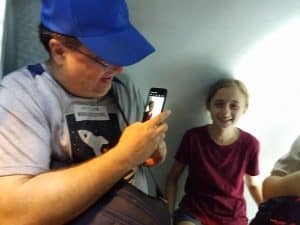 Going up to the top of Gateway Arch

Eventually, though, you are at the top and treated to fantastic views of the city. 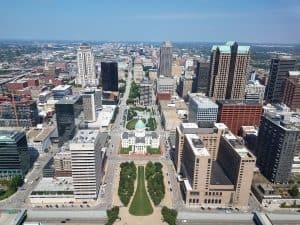 After exploring at the Arch, we headed across the street to the Old Courthouse. This courthouse has great historical significance for a few of the trials heard there, the most famous of which was the Dred and Harriet Scott case.

In my post about Fort Snelling I talk about how it was Dred and Harriet Scott’s time being held as a slave at Fort Snelling, located in free territory, that was the basis for filing their case to win the family’s freedom. So it was a special experience that our group, who lives so close to Fort Snelling, was able to actually re-enact that case! 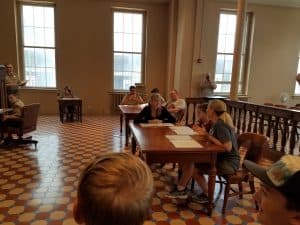 The ranger provided scripts for various parts in the trial. Our son served as bailiff, our daughter was one of the defense attorneys, and I was in the jury. As happened in real life, our jury found in favor of the plaintiffs, Dred and Harriet, for that particular case. However, in real life the rulings were overturned in the state and federal supreme courts, adding more fuel to the fires of what eventually erupted into our nation’s Civil War. 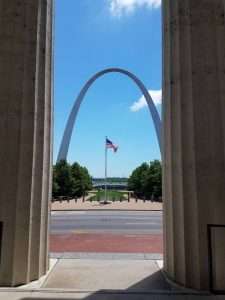 View of the Gateway Arch from the Old Courthouse, St Louis

After grabbing a picnic lunch in the Stadium East parking ramp (long story), most of the group walked back to the Gateway Arch to spend an hour or so in the museum. My husband, daughter and I were not in the mood for a museum at the time. We just didn’t have the attention span for it at that point in time. So instead we pulled out our old standby for quirky stops, Atlas Obscura. As soon as my husband learned about the statue of a large severed head that was just blocks from us, there was no question where we were heading!

CityGarden is a beautiful urban sculpture park located in downtown St. Louis. The park, which spans two blocks, contains free interactive art, fountains and gardens. It was a very hot afternoon already, and our daughter enjoyed getting a little wet. 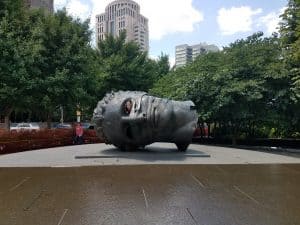 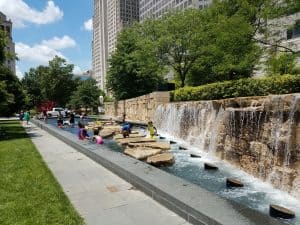 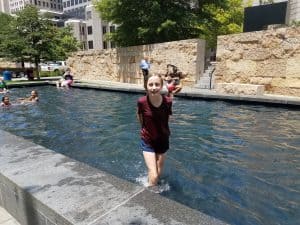 Swimming is fair game in these water features in CityGarden, St Louis

And Don’t Forget the Pizza! 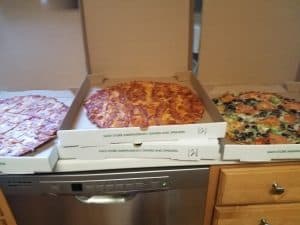 We couldn’t leave the St. Louis area without trying St. Louis style pizza! Our hosts ordered us some Imo’s Pizza for a true experience. The three characteristics of St Louis-style pizza are: 1) a cracker crust, 2) Provel cheese, and 3) square pieces. The first and third of these aren’t that unusual. But what is Provel cheese, you ask? It’s a mixture of Swiss, provolone, and sharp cheddar not found widely outside of St. Louis. I personally tried several pieces of this local favorite. The supreme and bacon pizza were both amazing!

I would definitely recommend spending more time than we were able to do in this lovely city. We definitely could have spent time exploring so much more of what St Louis has to offer. But if you’re short on time like we were, these sights are a good highlight reel. 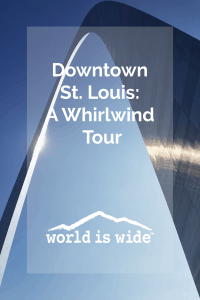 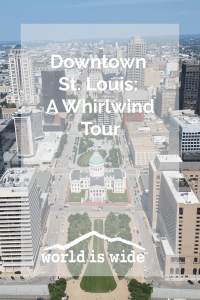 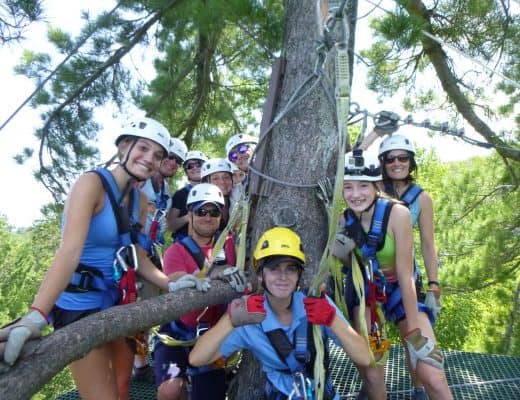 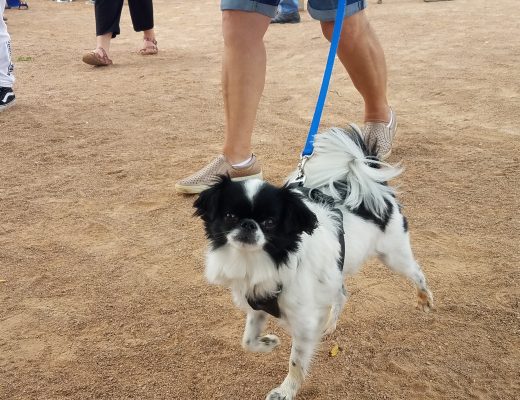 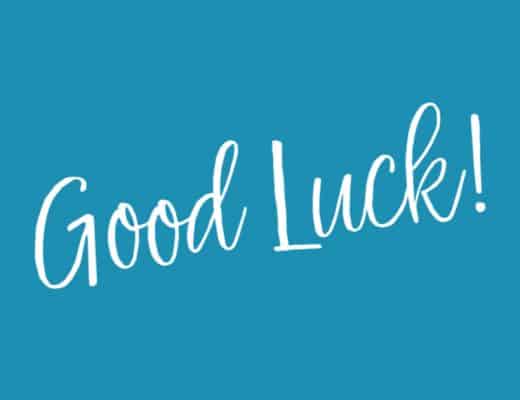 Thanks for Registering, and Good Luck! 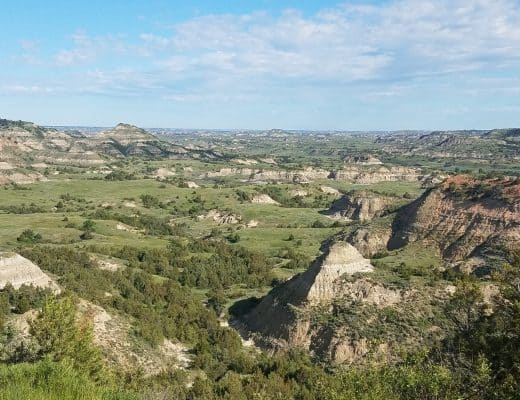